The red prawn durian is one of the most popular varieties, and it can be found at almost every durian stand.

They aren’t as popular as musang king, but they’re no slump, and they’re just as easy to find as other favourites like D24 and D101.
The D13 cultivar is sometimes referred to as the “red prawn” in some locations, particularly Singapore.

The smaller Red Prawn durian has an oval to oblong, elongated form with curving edges, occasionally tapering at both ends. The fruit’s shell is covered with thick, short, and pointed spikes that are widely spaced, although the appearance of the fruits varies slightly depending on the environment.
The sticky, creamy, smooth, and fibreless flesh of red prawn durians encases tiny to medium-sized seeds. The flesh has a delicate, fruity, and somewhat bitter fermented flavour with red wine, berries, and chocolate hints.

Between May and December, the red prawn durian may start to stagger. Its busiest months are May and June. When the peak season has passed, red prawn is still available but not as abundantly as during its season.
Unlike other uncommon cultivars like the black thorn durian, the supply of red prawn durians is relatively strong, backed by many large estates. Purchasing red prawn unhusked would be less risky because of the bigger seeds.

Red Prawn durians, like other durians, are high in potassium, which helps maintain fluid equilibrium in the body and phosphorus, which helps build strong bones and teeth. The fruits are also high in magnesium, which helps control blood pressure, vitamin C, which helps strengthen the immune system and reduce inflammation, fibre, which helps promote digestion, and other minerals like calcium, zinc, and iron.

Due to their thick shells, the fruits are difficult to open, and once opened, the delicate flesh must be handled with care since it has a soft, sticky, creamy consistency. The seeds are removed when consumed fresh since they are inedible uncooked, but they can be roasted or boiled to make an edible snack. Red prawn durians are sometimes used in sweets and drinks, in addition to fresh eating. The meat may be used to make custards, tarts, cream puffs, and cakes, or blended into coffee, shakes, and smoothies. Red prawn durian may also be used to flavour other pastries by folding them into fillings for crepe-like pancakes, blending them into ice cream, or folding them into fillings. Cream, vanilla, chocolate, and mint, combine well with red prawn durians. For the most pleasing flavour and texture, enjoy fresh, unopened red prawn durians right away.

There is no need to leave the comfort of your home in search of durians in Singapore. Directdurain is here to deliver the best quality red prawn durian right at your doorstep. Durian lovers can enjoy the best quality durian at a reasonable price. Treat yourself to something sweet after a long day at work. 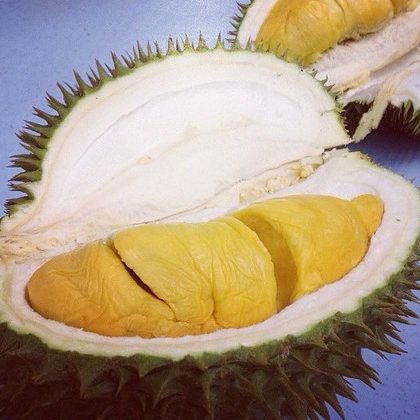 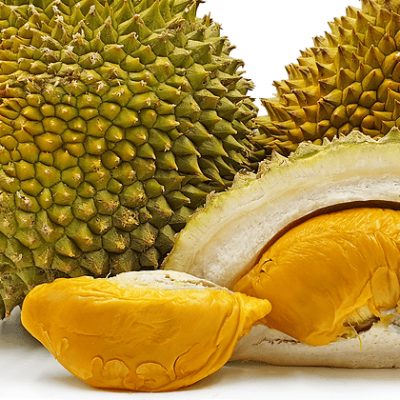